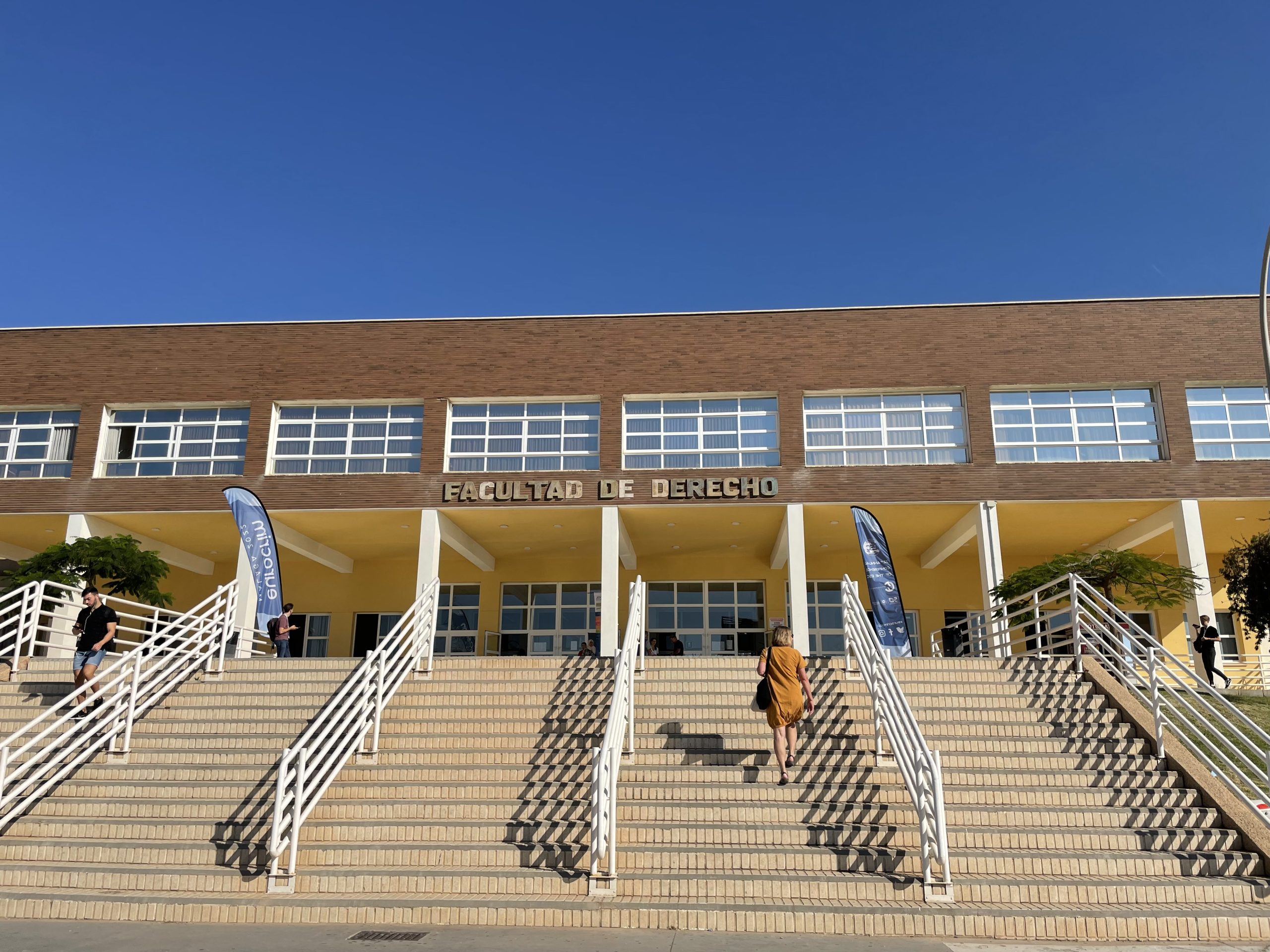 The LawPod team is excited to launch a mini-series recorded at the European Society of Criminology (ESC) Conference in Malaga, Spain, in September 2022. In this post Dr Lauren Dempster and Dr Amanda Kramer, both Lecturers at the School of Law, Queen’s University Belfast (QUB) discuss taking LawPod on tour, introduce the episodes recorded, and share their reflections on podcasting at a conference.

We both have experience of recording episodes for LawPod in our studio at QUB, but this is always under the supervision of LawPod’s Producer, Richard Summerville. So, taking LawPod on tour was a slightly daunting prospect. We are, however (and happily!), delighted with both the process and the result, so will share our approach.

We recorded each of the four episodes as a team, alternating in the roles of interviewer and producer. This worked well as the interviewer could focus on conversing with the interviewee, knowing that the producer was monitoring the audio via headphones and making adjustments as needed.

We used a Zoom H6 Handy Recorder, two clip-on Rode mics, and a set of Sennheiser headphones. This kit facilitated a balance between recording high quality audio and portability.

Recording at the conference

We had approached three of our participants in advance of the conference via email, and scheduled times to meet. We got in touch with a fourth participant while at the conference, having spotted their abstract in the programme and wanting to learn more about their work.

What we could not plan for in advance was the specific location where we would record the episodes, and this is something we had to figure out when we got to the University of Malaga’s Law Faculty. We wanted to record somewhere where we could have a little ambient noise to capture the atmosphere of the conference, but of course still hear our interviewees clearly. We opted for outside, as there was an area outside the canteen where conference participants gathered, but the background noise was not excessive. This choice worked out relatively well though on occasion a nearby table would become especially busy which created a little more noise than ideal. Overall, this recording location captured the conference setting and allowed us and our interviewees to get some fresh air between conference panels.

Recordings were uploaded to cloud storage and edited back in Belfast at QUB by LawPod’s production team.

We recorded four episodes while at the conference. The first was with Dr David Rodriguez Goyes (University of Oslo) and this episode explores his work on climate change from a Southern perspective. The second was with Dr Maria Laura Bohm (Ludwig-Maximilians-Universität München, Germany), and examines her research on extractive industry activity in Latin America as a form of state-corporate crime.  The third was with Dr Natalia Maystorovich Chulio (University of Sydney) and in this episode we discuss Natalia’s research on the recovery of those disappeared under the Franco regime in Spain. Finally, Amanda interviewed Dr Matt Bowden (Technological University Dublin) about his recently published book ‘Rural Transformations and Rural Crime’ (2022) co-edited with Alistair Harkness.

While a little nerve wracking, we really enjoyed taking LawPod ‘on tour’ to the ESC Conference. Making these episodes was a great way to meet other academics at the conference, and to hear more about them and their research. Recording podcasts online is possible, and this is something that we sometimes do at LawPod, but we have found that recording in person remains the best way to create episodes that are relaxed and conversational in style. Podcasting from the conference allowed us to record in person with academics from across the world. This was an opportunity that we very much valued.

Based on our experience, we would encourage other academics to try podcasting while at a conference. Our advice would be:

Finally, we found this year’s ESC to be intellectually stimulating, critically reflective, thought-provoking, and a welcome reminder of the joy of being part of a research community. We are delighted that LawPod can platform some of the fascinating research showcased there, and hope our listeners enjoy these episodes.

Images from the ESC Conference in Malaga

This site uses Akismet to reduce spam. Learn how your comment data is processed.